A few months ago I was both bewildered and delighted when someone emailed me some photographs of a brown crow that regularly visited them.  I had never seen such a bird myself, and was eager to arrive at an explanation for the crow’s strange caramel-colored appearance.  If you follow the blog, you know that I came to realize there was little to offer by way of explanation.  Instead, this color abnormality presents a rather fascinating mystery of conflicting opinions and an overall dearth of science.

So, after penning my answer I tucked this bird away in the back of my mind and moved forward with the science more relevant to my PhD.  Namely, testing how different crows across the Seattle area respond to dead crows.

To this aim, I spend my days wandering the neighborhoods of Seattle looking for crow families to use for my experiments.  Since I need lots of data points it means I encounter lots (think hundreds) of individual crows.  And wouldn’t you know it.  Sometimes the twain shall meet.

Its mate first caught my eye because, of course, I was looking for black things, not blond things.  Even after I registered the bird, I instinctively thought pigeon.  But then it called, and I realized what was happening.

At 60m away with my naked eye, I first mistook Blondie for a friendly pigeon.

I FOUND A CARAMEL CROW!  And not just a caramel crow, but a caramel crow with a mate and three fledglings.  A black mate and three black fledglings.  Which suggests that whatever is going on is either recessive or not genetic.  It also shows that, for at least this one caramel bird, the color abnormality did not prohibit it from successfully reaching sexual maturity or finding a mate.  After speaking with the neighbors, it appears “Blondie,” as they call it, has been in the neighborhood for several years and it’s possible she’s not the only caramel crow, though I never confirmed any others.  Outside of that, I can’t say much more from a scientist’s standpoint that I haven’t said before.  So I’ll simply finish the post with a photo story of Blondie.  Enjoy! 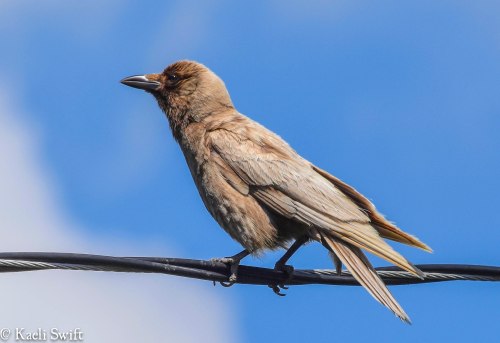 Blondie and its mate.  Since I discovered this bird after its nestlings had already fledged, I have no way of determining its sex.

So beautiful in this juniper tree! 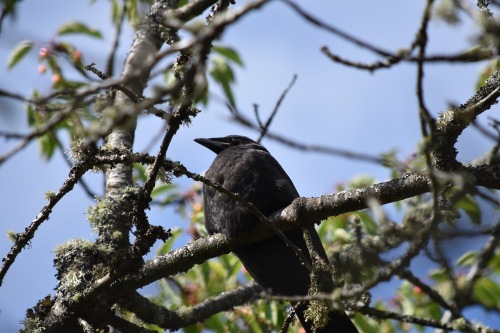 The next batch of images are probably one of the most hilarious bits of fledgling dramatics I’ve ever seen.  It is a scene familiar to many parents I’m sure.  Forgive me for taking my scientist hat off, but I couldn’t help but add some anthropomorphic captions.

Hello parent I am hungry.

DID YOU HEAR ME, I SAID I’M HUNGRY. 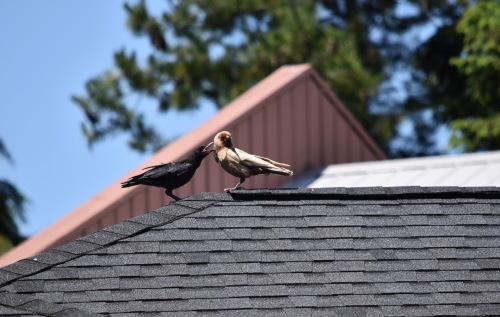 (whispering) help, parent, I need sustenance for my growing body.

(muffled whispering) please, have mercy, it’s been over 15 minutes since I was last fed. 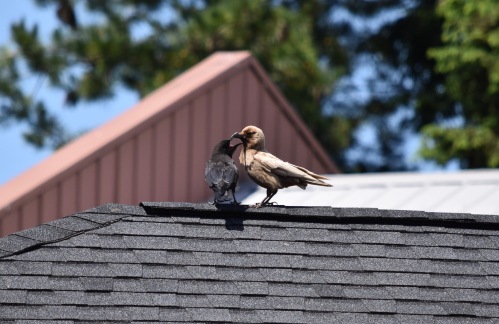 MAYBE I’VE ALREADY DIED AND NOW I’M A GHOST IS THAT WHY YOU AREN’T LISTING TO ME??? 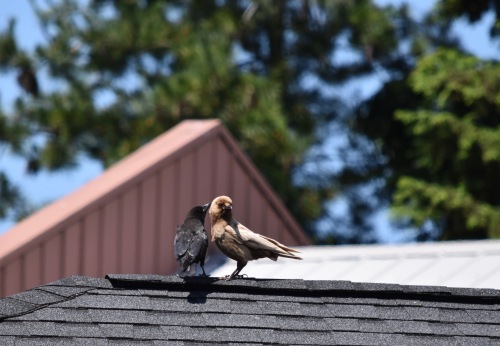 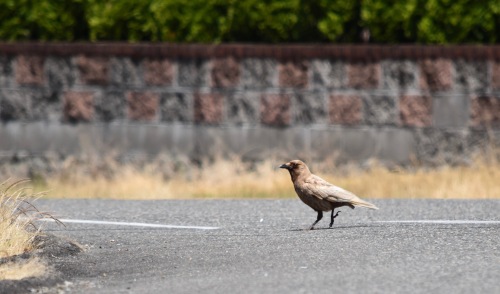 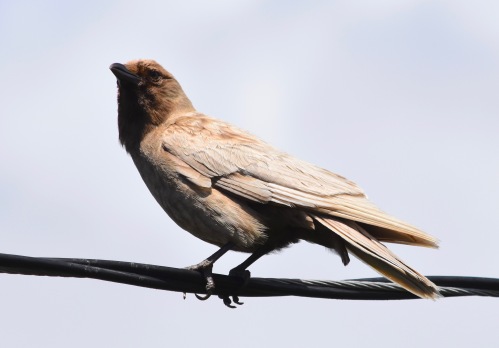 Cheers to yet another beautiful crow.  Goodbye for now!

41 responses to “My first caramel crow ”